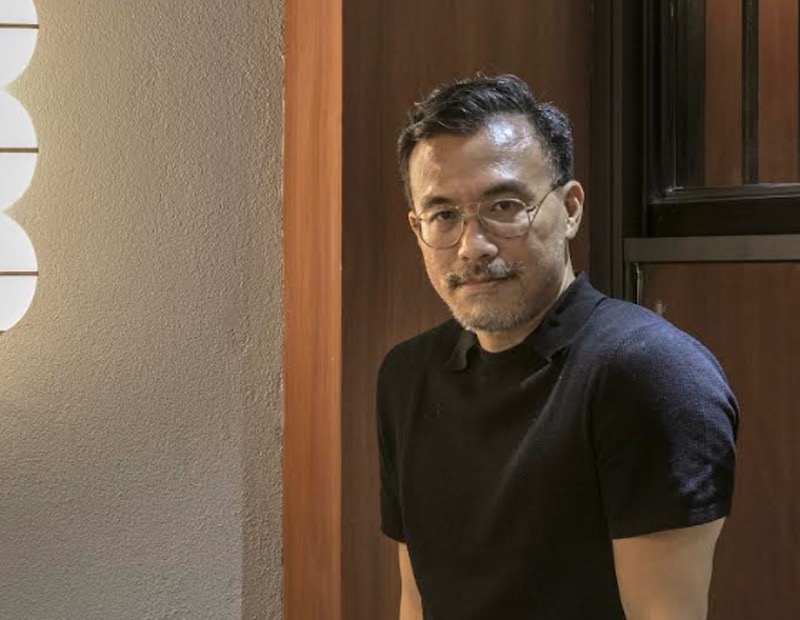 The designer founded the Bespoke Studio, after working for a top architectural firm for several years. Back then JJ lead the team that designed and built malls, clubhouses, and towers.

“I led the business development efforts and secured accounts that cost millions of US dollars. I learned about drafting contracts, doing pitches, designing projects from concept to completion, building and running teams of people from around the world ” he shared.

And while the job was challenging and very exciting like any creator, JJ yearned to create something that will carry his mark.

“I couldn’t show off my work to my closest friends and family. There’s a point in a career when everything has been learned, absorbed, and digested, and then you look back and ask yourself about your achievements,” JJ stated.

After years of working for the firm, he finally decided to take a break. He saw himself relaxing under a palm tree in Palawan for about a year or two before seriously considering his next career move.

As he was planning a life of leisure, a friend tapped him to design a soon-to-open café. In a few weeks Elephant Grounds Café was born, an indoor-outdoor establishment that became an Instagram sensation with its smart space usage and wooden interiors. With a serving counter facing the busy street complete with stools on the sidewalk, the design managed to remove the imaginary wall between the café diners and the busy pedestrians. Diners can openly interact with anything and everything outside, while passers-by cannot help but stop and bask in the café’s uniqueness.

JJ had so much fun doing Elephant Grounds Café, according to him he almost did it for free.  The store became a favorite destination for Filipinos visiting Hong Kong. One day, the team behind the Tokyo Tokyo restaurant chain, visited the café and was very impressed with the interiors. The team sought JJ’s recommendation for the Japanese chain’s new look.  Bespoke, JJ’s design studio was tasked to rebrand Tokyo Tokyo’s graphic direction as it shifts to bigger and more spacious dining areas in malls.

Elephant Café, JJ’s first project opened another outlet in Hong Kong and eventually found its way to the Philippines with stores in BGC and the Podium. Since designing his first café, JJ’s workstation has not taken a break. His website reads like a restaurant guide with design details of his works like Castellana in Duddell, Heimat, Coffeelin in Happy Valley, XiaoTing at Four Season Macau, Hanbo Harbour City, Studio City by Cali Mex, and many others.  And while re-imagining Hong Kong’s vibrant retail scene continues to excite him, he is setting his eyes on doing more work in the Philippines.

“I think that Manila and the Philippines in general lead the conversation in contemporary art. Designers are doing so many amazing things in the world of furniture and product design. In terms of interiors, Filipinos are traveling, and what they see in their travels they want to bring into their spaces,” he explained.

“Now, this is completely different from seeing a photo in a magazine and having the designer copy exactly what is in the photo, that’s the old generation. Today’s market wants authenticity, truth, spirit, soul, heart, and nuance. They want the spirit of a place rather than the place copied and pasted in. They want a story that is, humanistic, high quality, and bespoke- and that is where we come in. We promise, what we design for one person will never ever be repeated for another. Or else what’s the point in investing in your aspiration, Right?” he carried on.

Born in Manila, and raised in Texas JJ moved to Hong Kong to work as an intern for an architectural firm.

“They were doing big huge projects in China and also pre-Beijing Olympics so there was so much optimism, compared to what the United States was going through pre-Obama and I personally felt it was a more positive solution to leave. I also liked Hong Kong because it was only an hour and a half away from the Philippines, where my Mom lives,” he said.

For now, the designer has been effectively managing his work schedule so he can attend to his projects in both cities. Aside from creating stylish interiors for food and retail establishments, he also does private residences.