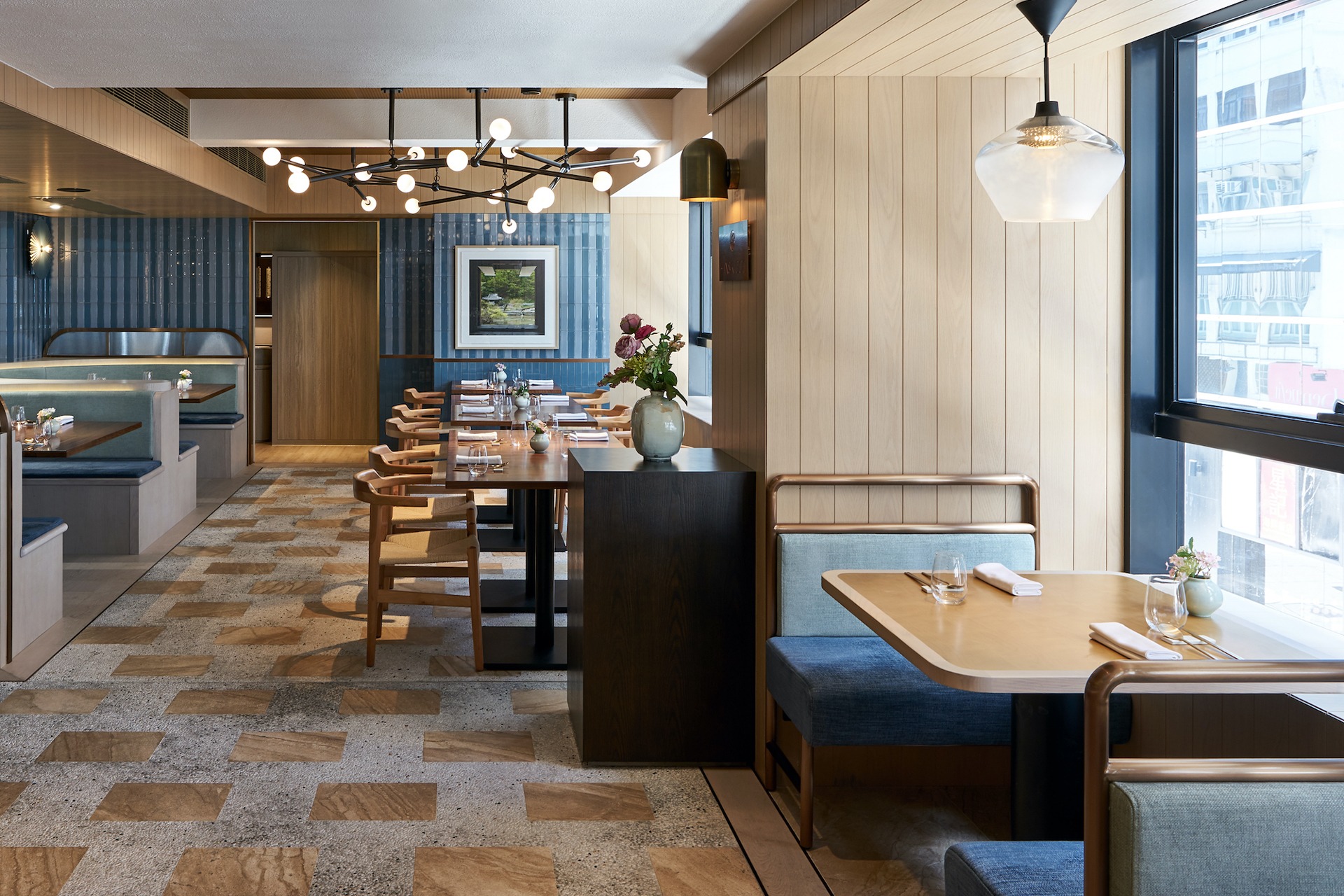 Korean cuisine is ubiquitous in Hong Kong, and the restaurant interiors tend to resemble a K-pop backdrop or a faux version of traditional Korean houses called hanoks. However, when design and architecture practice JJ Acuna / Bespoke Studio won the bid to design a restaurant ZS Hospitality Group was developing with chef Mingoo Kang, the firm’s founder and creative director James JJ Acuna brainstormed a space much less ordinary. The result is Hansik Goo, a distinctively contemporary Korean restaurant that reflects the family-style intimacy of Kang’s dishes.

“When we started collecting materials, the chef thought the space initially looked too Japanese,” says Acuna, who is based in Hong Kong and Manila. “We did a double take, and he was correct. It was subtle, but we made sure to look at the basics to get the architectural form and materiality right.” For example, Acuna opted for a mix of oak and birch, which is found in Korea, and shied away from cherry wood because of its immediate association to Japan.

Working with a long rectangular 2,200-square-foot plan, he zoned the restaurant into a progression of three themes: Sky, Earth, and Bounty, to represent the main dining, bar, and private dining room, respectively. Acuna used the low, less than 8-foot, ceiling height and third-story location to his advantage, explaining that “it’s a chef-centered concept—and we wanted to make you feel like you walk into a special place.”

Acuna was inspired by hanok stone and the gridwork in windows, which he adapted for the interior grill frame at the chef’s table in the private dining room. “The stonework was reinterpreted as a flooring motif using limestone and concrete poured in place,” he explains. “We chose copper to clad the bar because we needed a very elevated, but still earthy metallic to weave through the space and tie in the different elements.”

“The challenge for this restaurant is to get locals to think about Korean dining in a more modern way,” Acuna says. “Does a Korean restaurant have to look like a traditional home? The answer is no. Hong Kong is a tough market—it values authenticity and originality and Hansik Goo’s menu and interiors both serve the perspective of tradition within a contemporary context.”